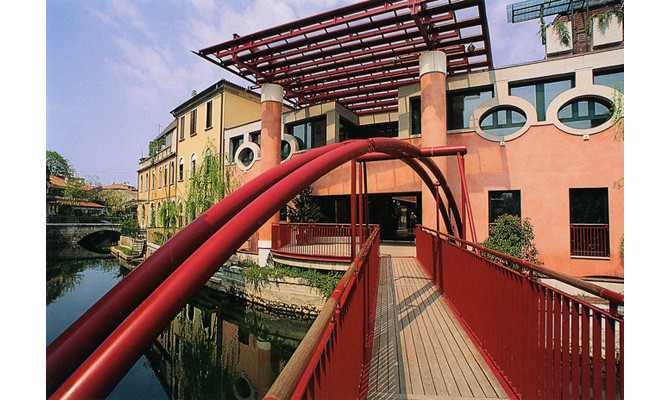 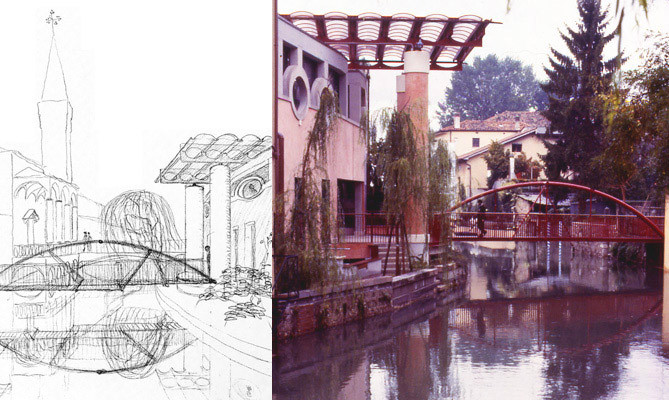 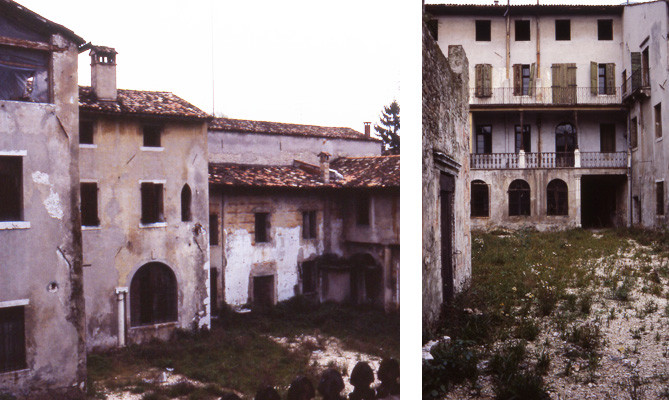 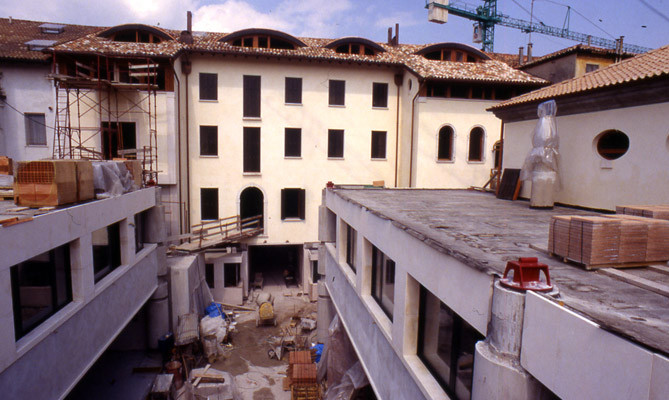 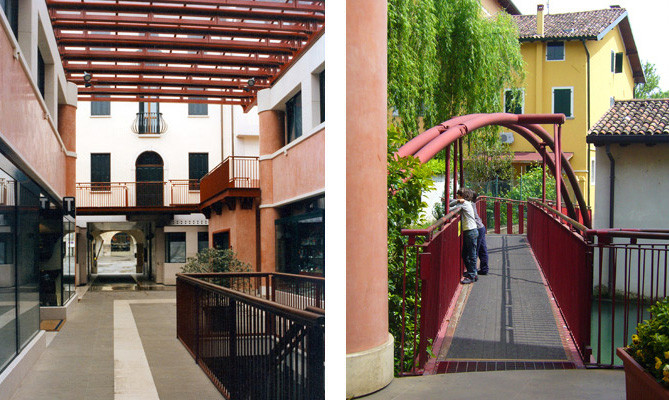 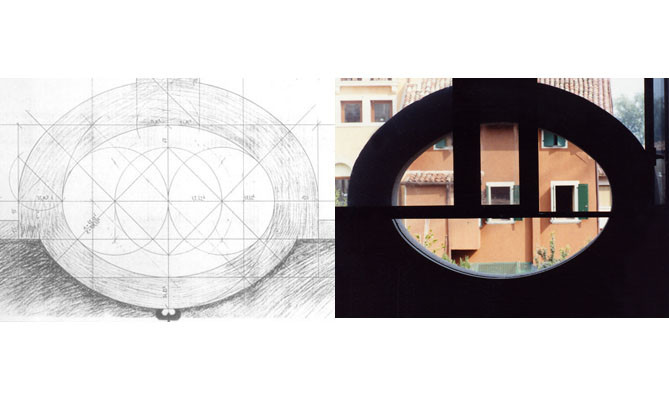 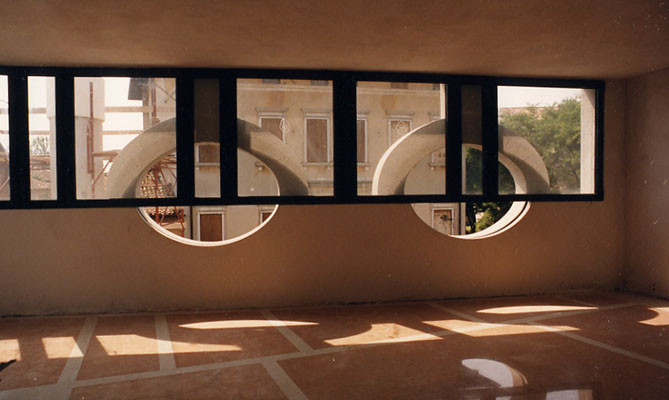 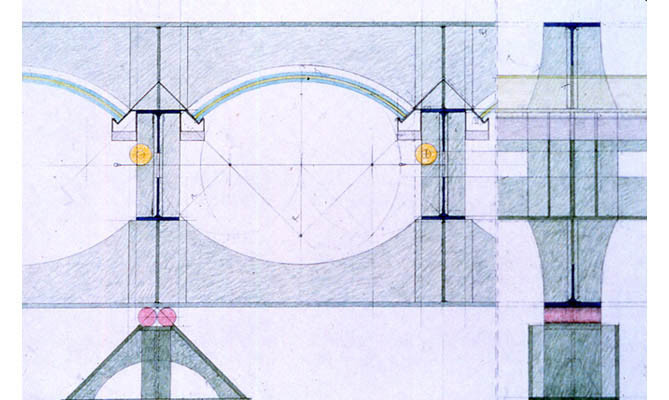 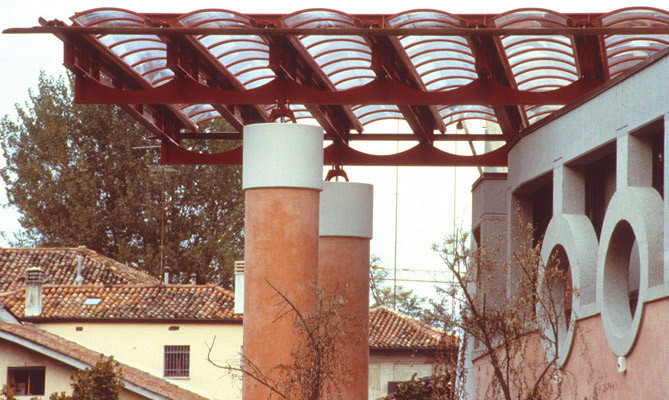 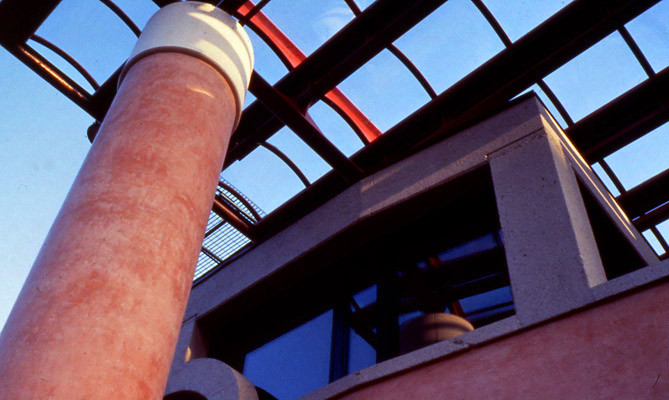 The complex of the two palazzi delimits one side of the main square of the historic centre and is part of the pattern of buildings defined by the piazza/palazzo and court/river system that makes up the original matrix, along the bend of the Livenza river, on which the town of Sacile was developed,. The system recalls the layout of the medieval Venetian casa-fondaco (warehouse-dwelling) which was applied and developed in Sacile thanks to the intense commercial and transport activities shared with Venice.

The restoration and regeneration project reinterprets the vital role of exchange and interrelation of the casa fondaco as a place of confluence between piazza/river/town: the river is crossed by a new pedestrian bridge connecting the heart of the historic centre to the surrounding buildings.

The portico along the edge of the piazza meets the court of the casa-fondaco. The court, transformed into a shopping arcade, is punctuated with cast iron columns that continue the rhythm of the porticos to the bank of the river in an urban continuum. 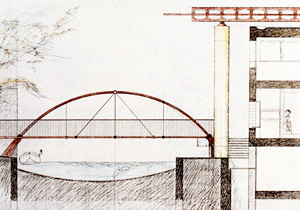