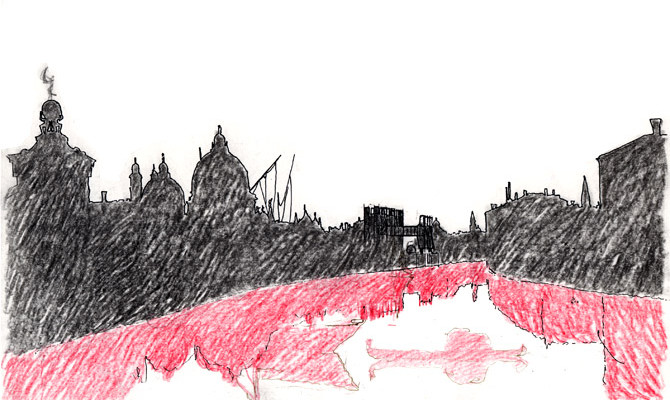 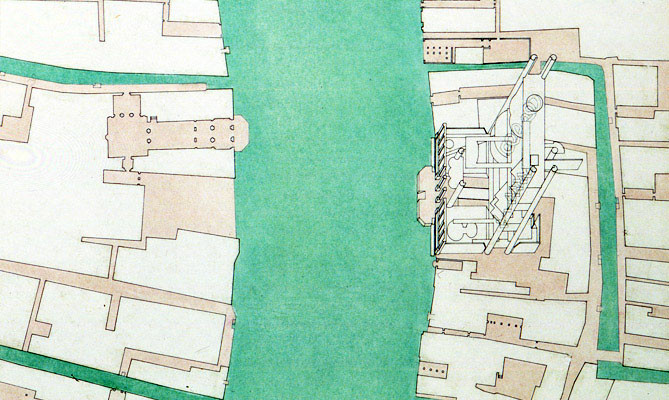 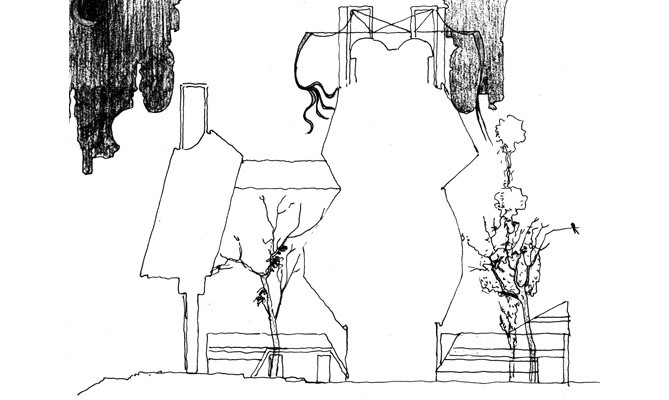 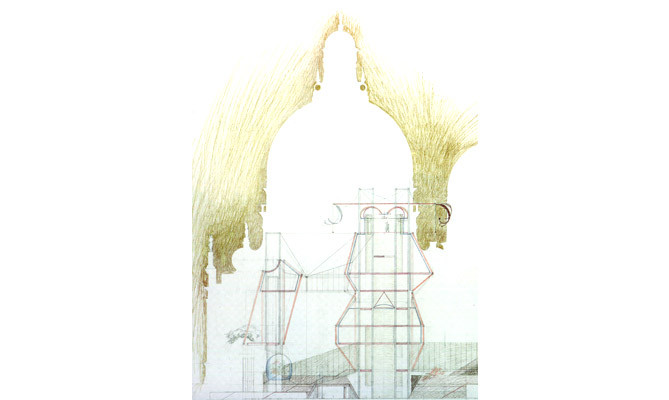 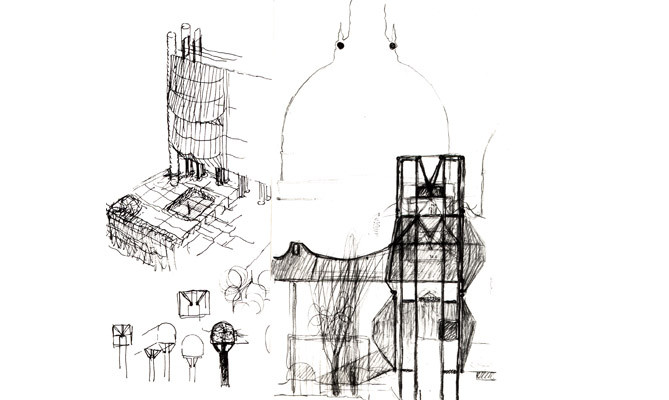 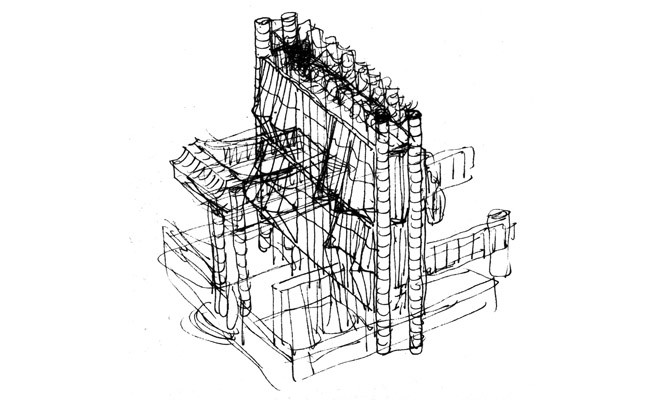 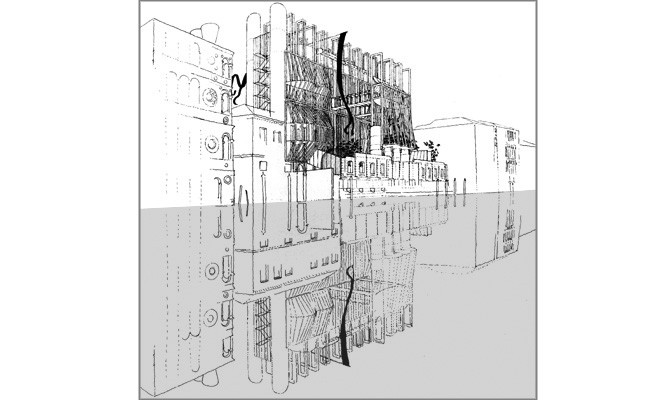 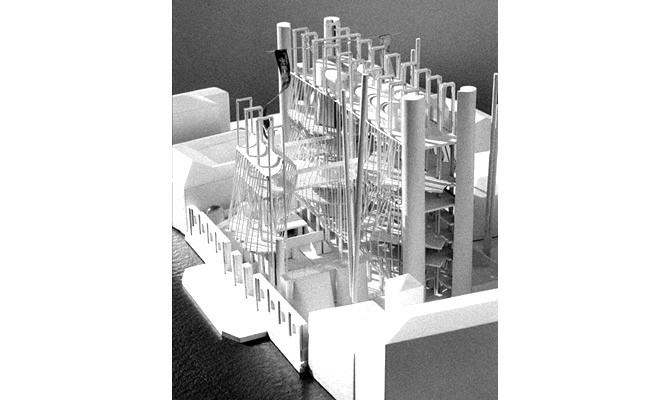 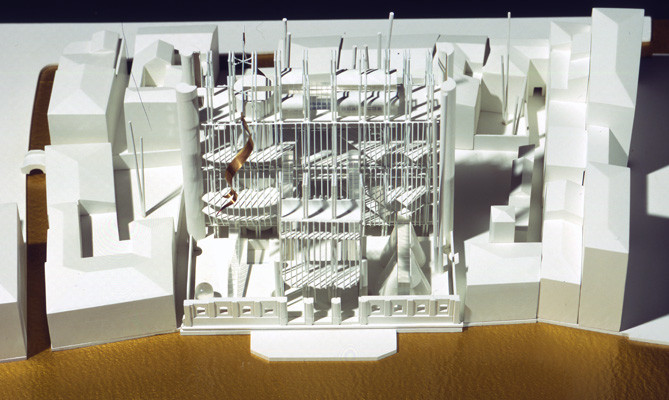 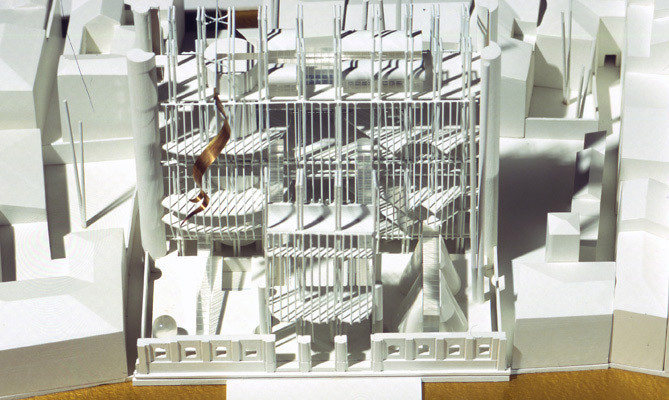 Every aspect of this project makes it clear that it is intended as a temporary structure: it is not seeking a long-term role in the destiny of the city, but acts as a machine (in the ancient sense of the word) that allows a story to be told. It is the outline of an investigation into the regions of the grammars and etymological chains of form: not so much in the historical, morphological material as in the historical construction methods and principles. 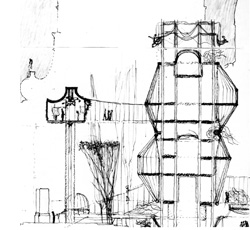 The ‘machine’ suggests the idea of experimenting in a specific time, of conducting research that could also be carried out in other locations, such as in the marginal and degraded areas of the city that can be regenerated by similar forms of experimentation.

A realistic intervention in Ca’ Venier, in the adaptation of the building and garden, must have ‘attention to detail’ as its theme, filtered by a research into a complex etymological chain in an open compositional horizon. This theme is only partly explored here. In its limited way, the project addresses four themes: the reflected image; the palazzo in its built form and in Rizzi’s model; the correlation between museum and garden; and the exhibition itineraries.