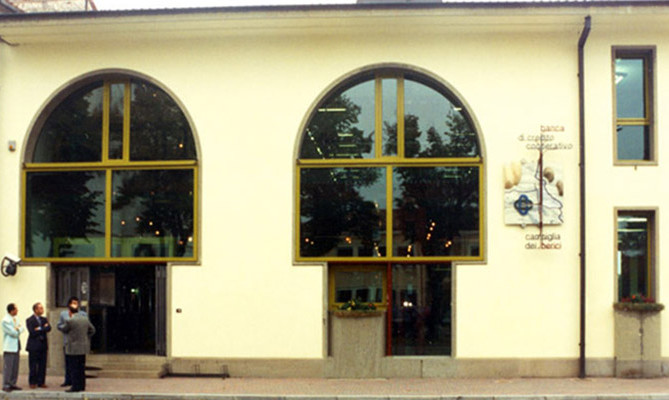 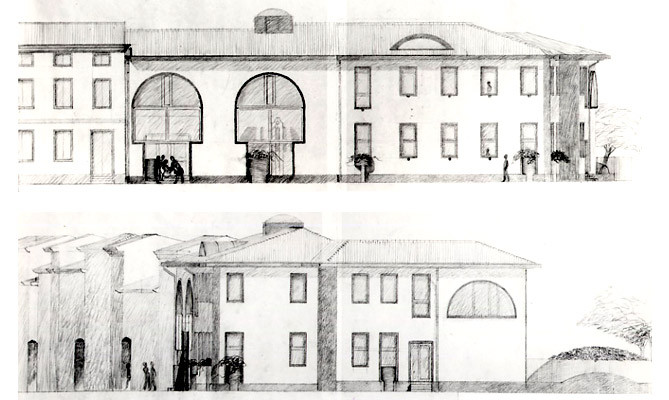 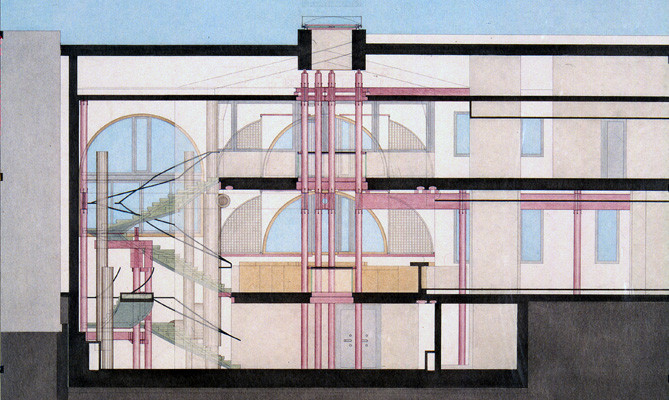 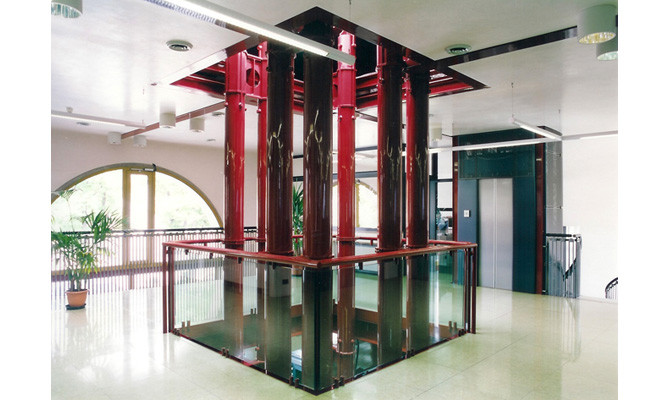 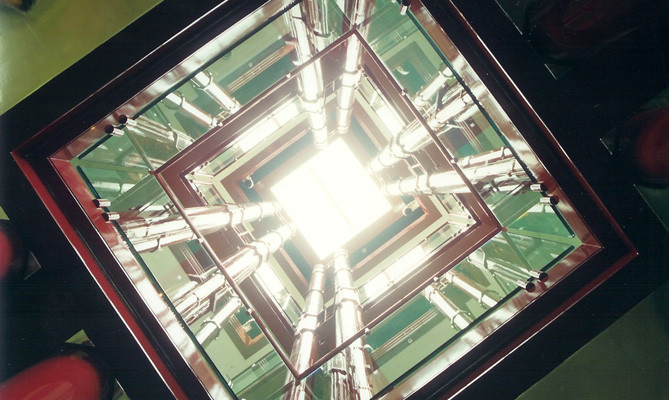 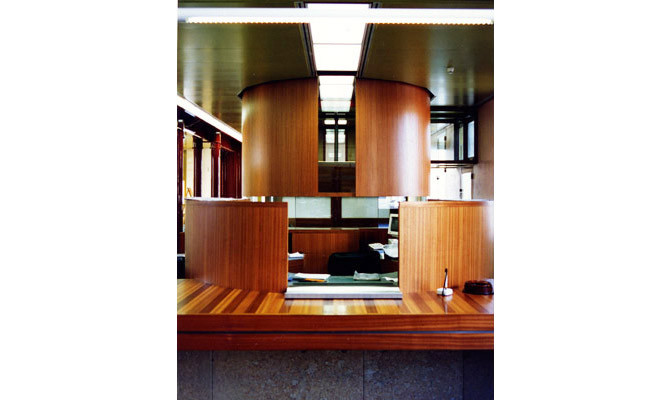 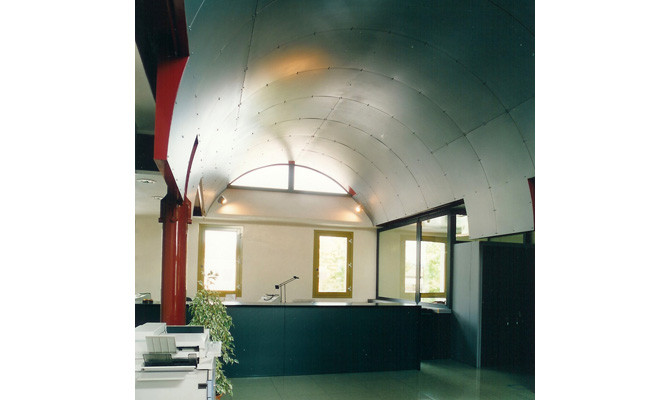 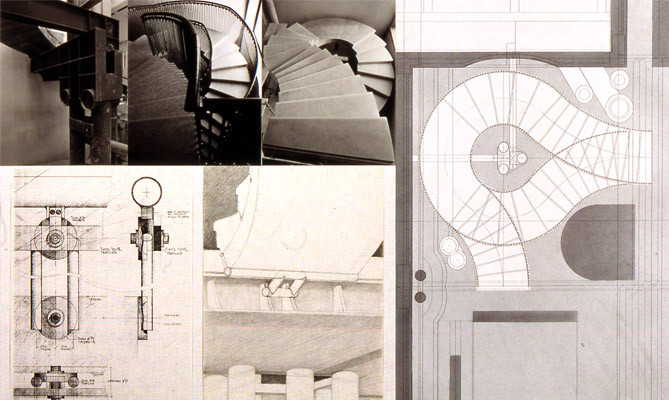 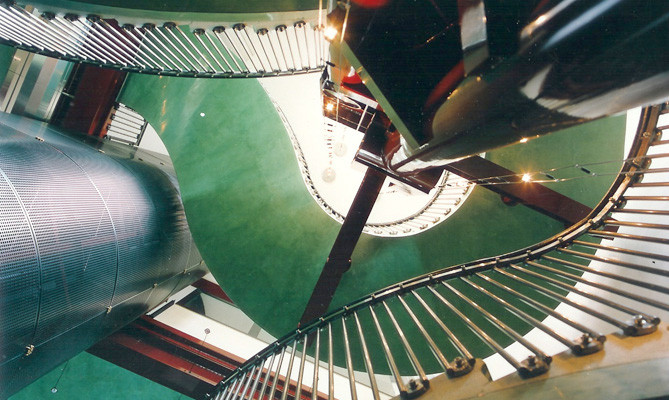 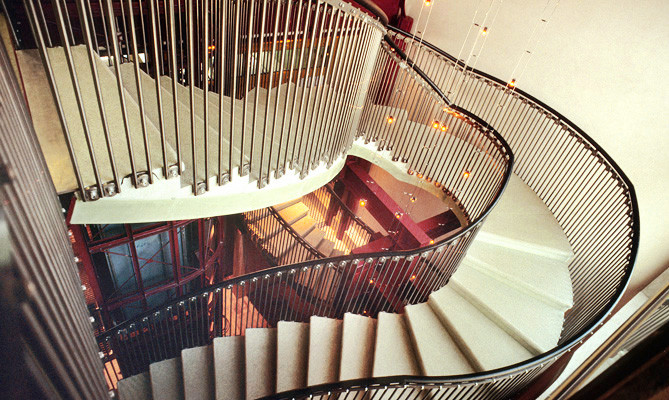 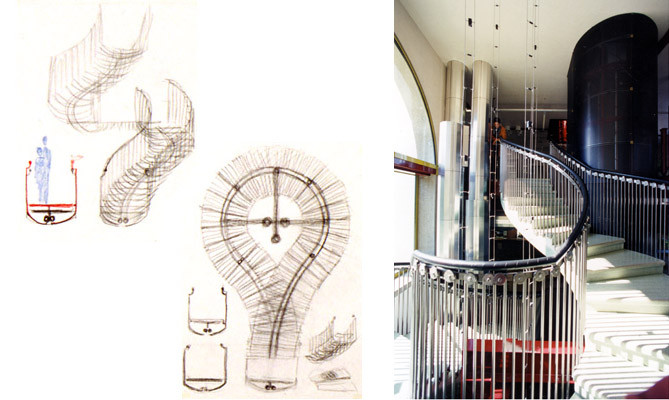 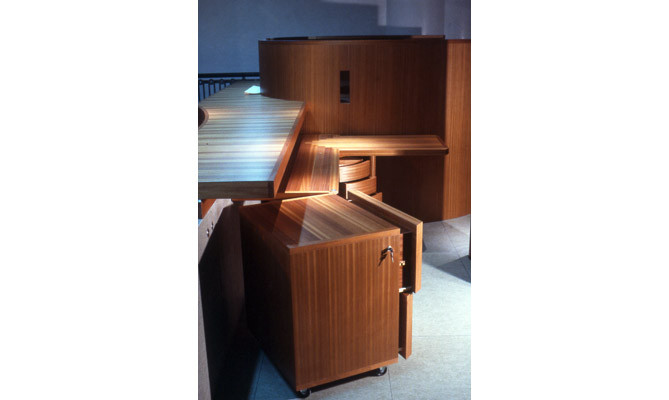 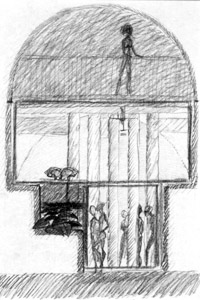 The original theme was the restructuring of the bank, built in the 1970s, with an increase in the volume of the building determined by a previous project. The work consists of a series of interventions carried out on an existing base at different times. The basic structure lies in the oppositus between the closed – but completely visible – volume of the vault, and the ‘shell’ of the volume of the building. The ‘intermediary’ is made up of the structures and free space visible from the basement to the roof, from the piazza to the garden, together with all the devices of the building’s ‘substance’ and the functions of the bank.

Each element has a distinct and autonomous identity: entrance, inner door, lifts, air shafts, steel structures, floors, cash desk. The structural node arises from the apex of the roof which is cut open to create a skylight and is reflected on the floor of the basement in a slab of black, polished marble. The basic theme is to show the clarity of the architectural composition and the work of the institution by means of the concordance of the different figures, heteronomous: composing while distinguishing the individual elements.