Restoration and Conversion of the Giudecca Ice Factory 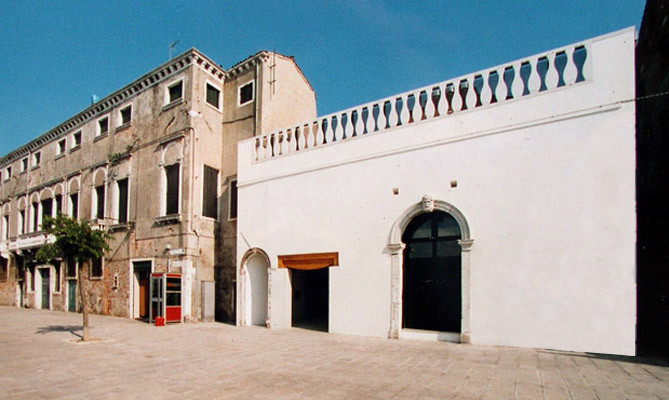 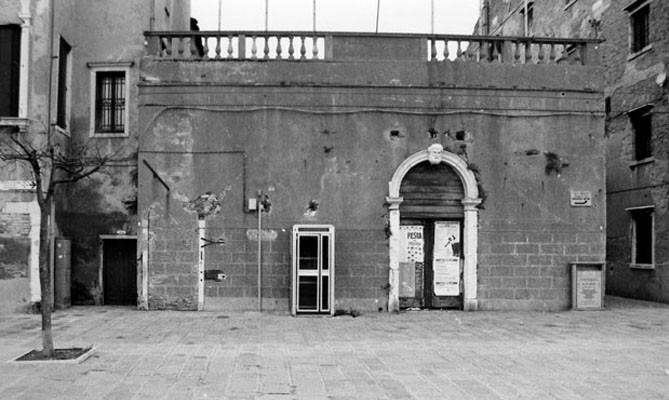 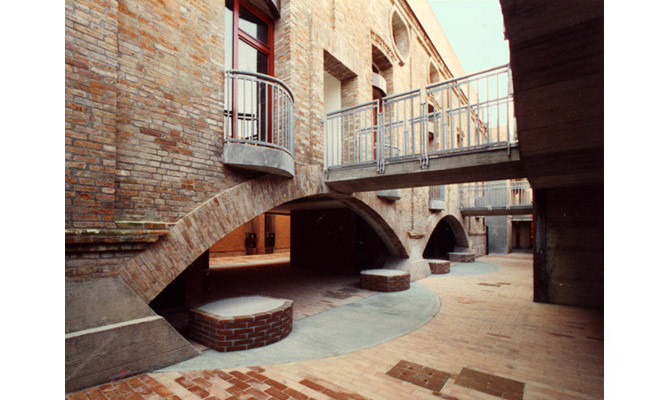 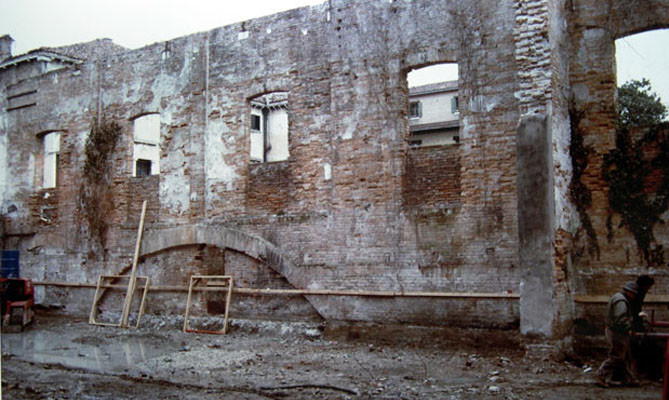 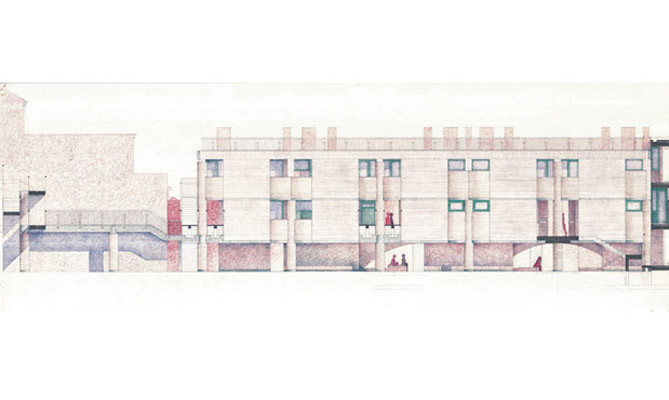 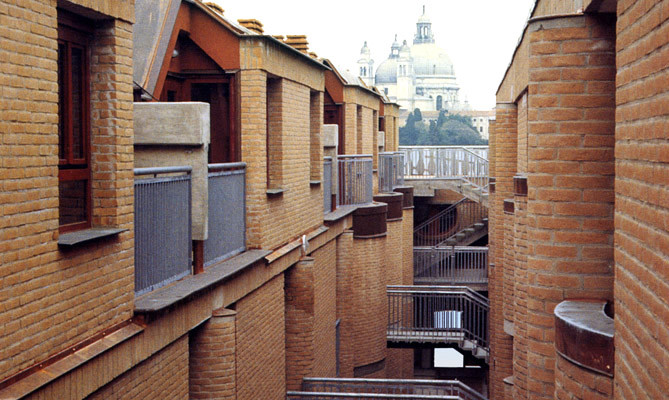 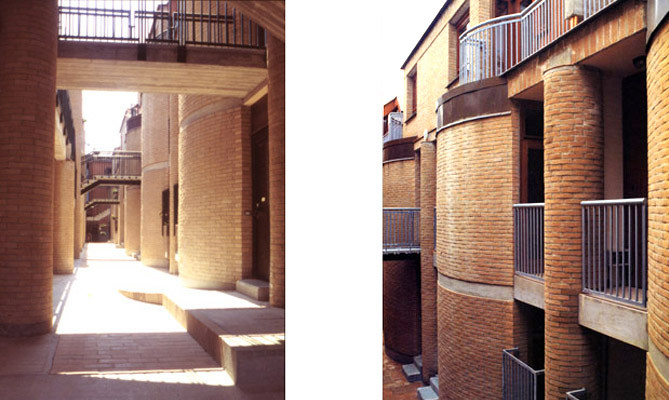 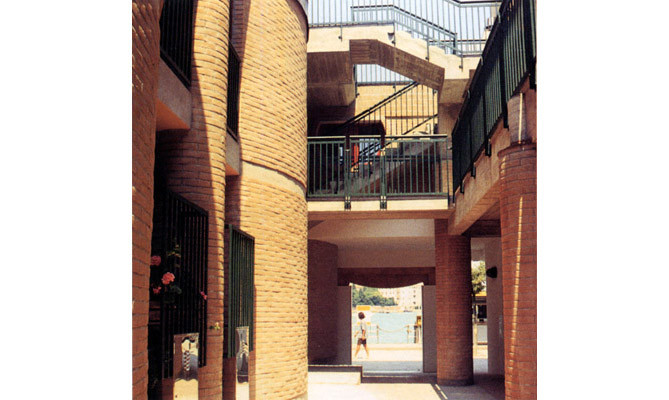 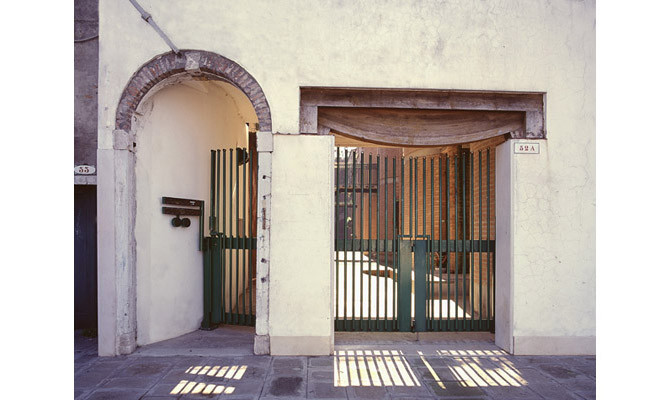 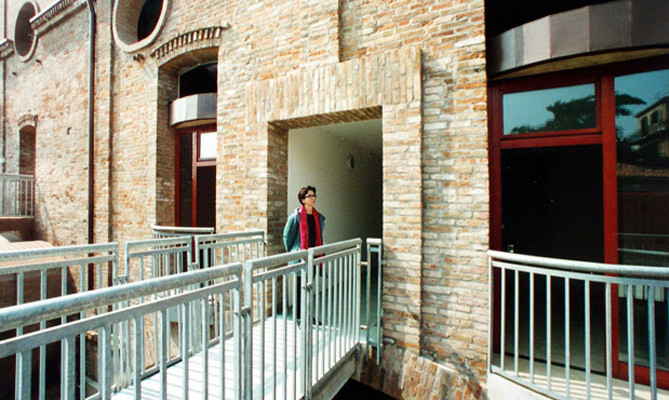 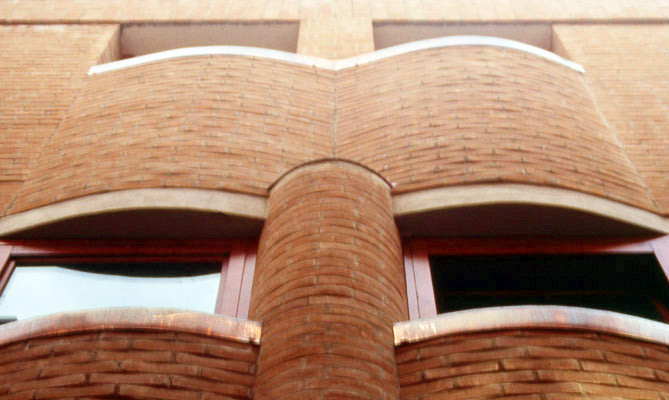 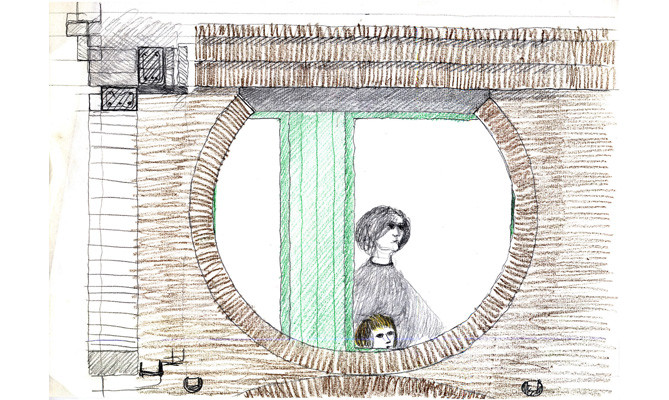 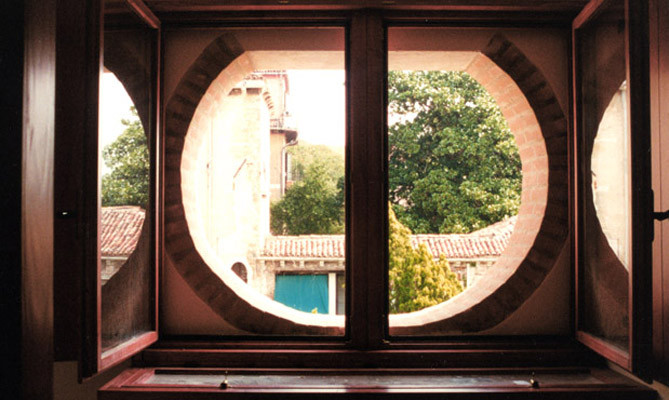 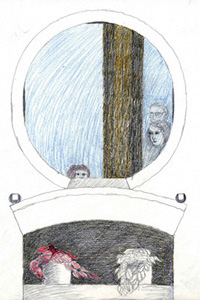 The project consists of the construction of two blocks of social housing (a total of 23 apartments) within the outer walls of a building used in the 1930s as an ice factory. Two rows of houses positioned in relation to each other in a layout typical of the Giudecca: systems of calli (walkways) perpendicular to the embankment. The conversion of the factory to apartments is carried out in two blocks, A and B, which terminate on the embankment in areas shared by the community of residents. The internal passageway bends to form a bayonet shape to connect with the surrounding area, and links the inner part of the island with the canal side. Bridges and walkways lead to the various apartments which are single-storey on the ground floor and twin-storey on the first floor.

The project respects the pre-existing structure: the perimeter walls of the factory have been incorporated into the new building orientating the choice of principal material, brick, and conserving the 19th century elements in terracotta. In the original perimeter walls the same window openings have been maintained while the new walls have modified this basic shape in an entirely original way.