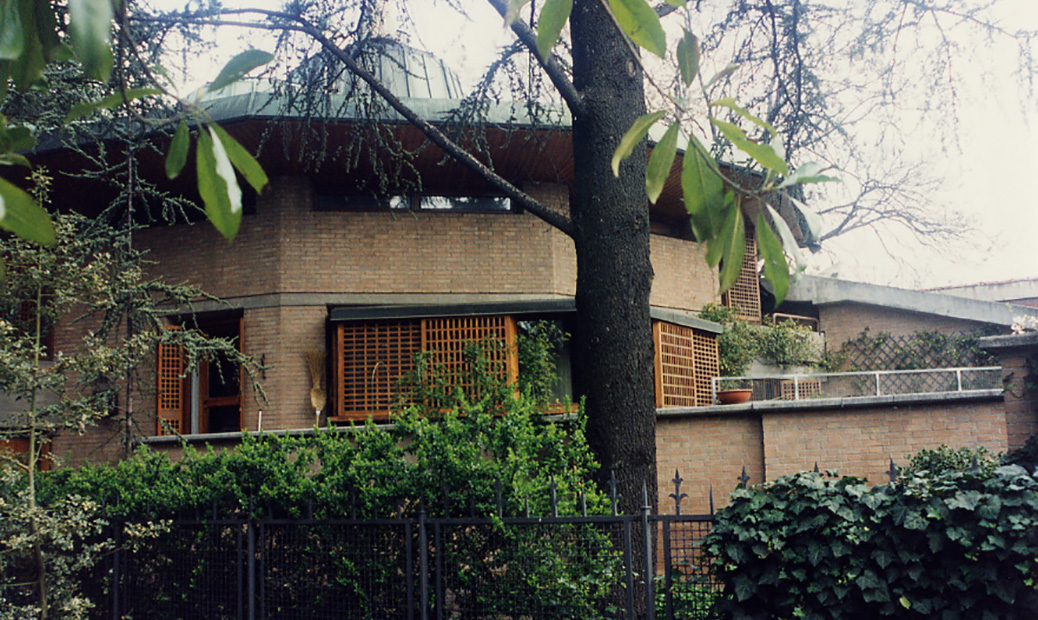 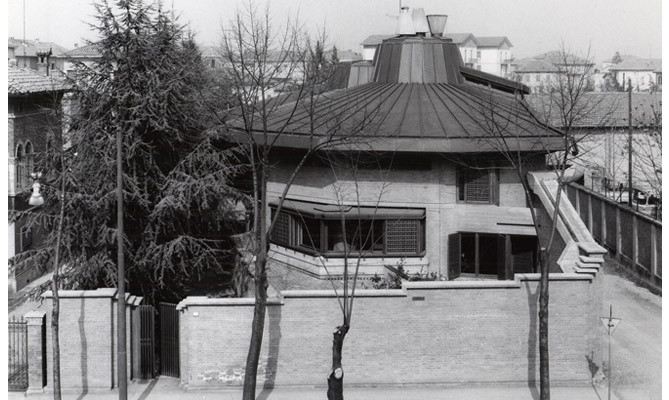 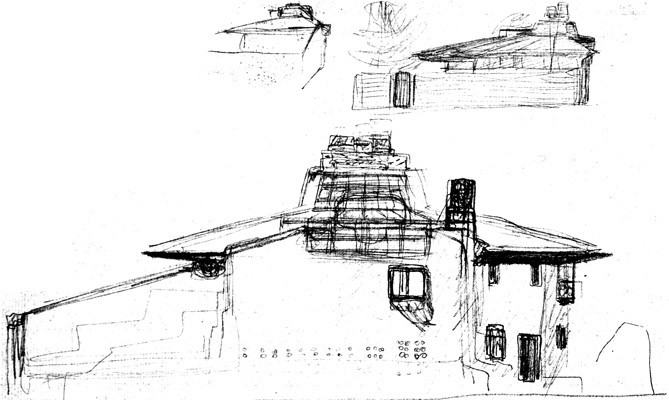 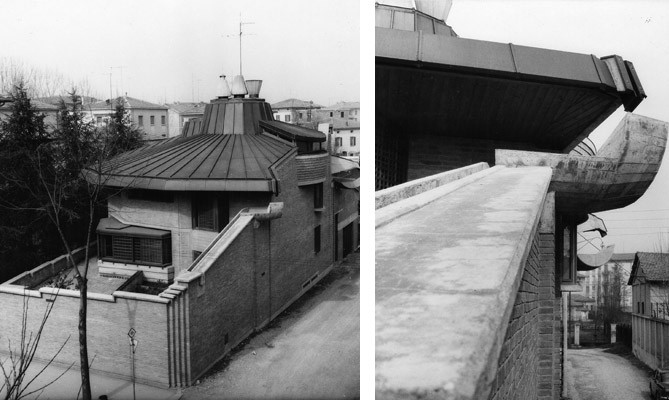 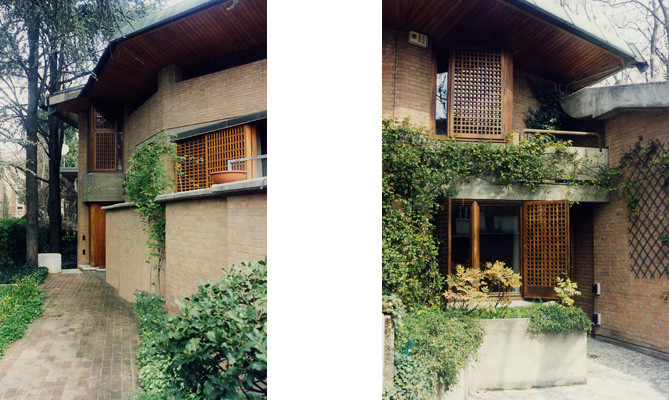 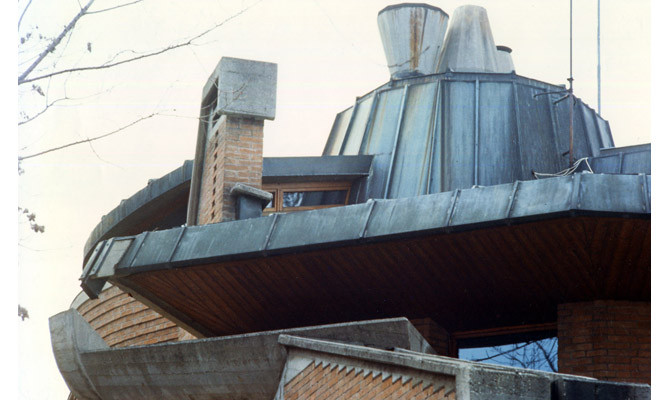 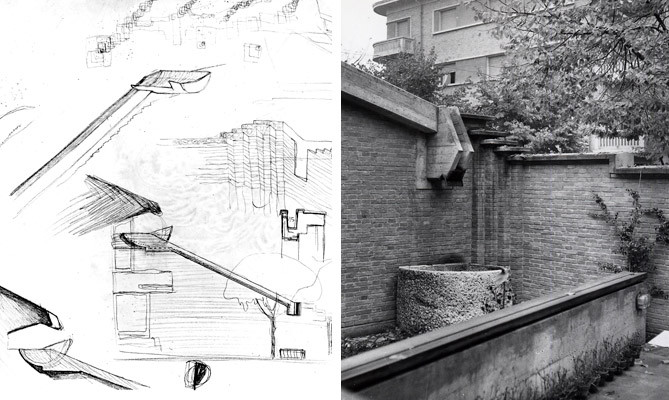 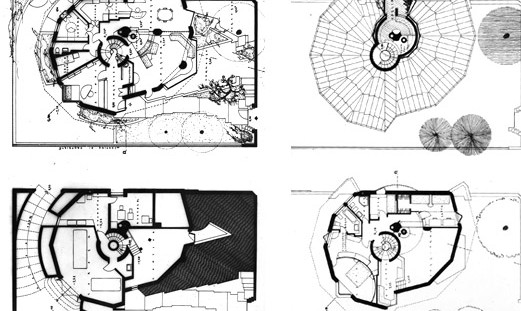 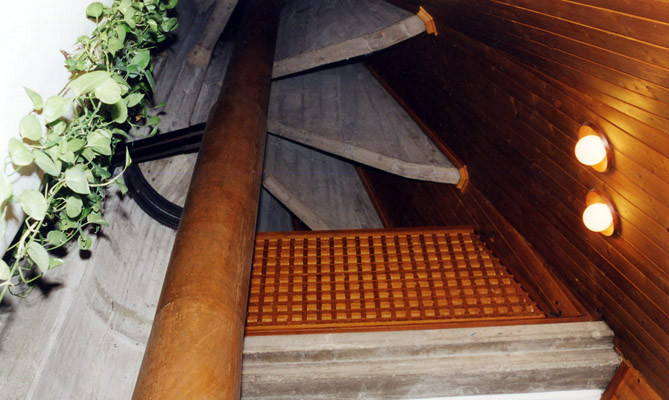 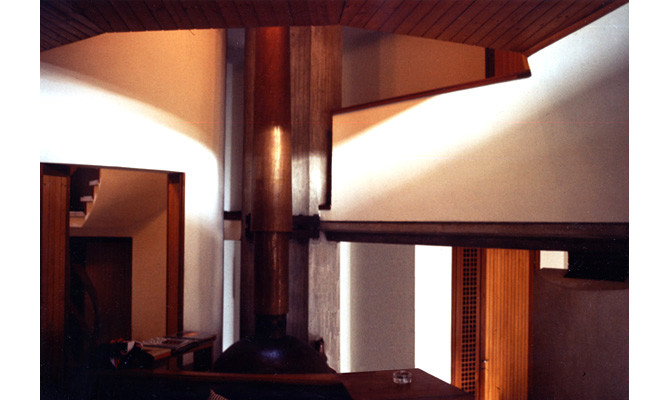 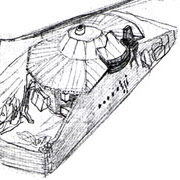 The villa, built in an area of approximately 500m2 delimited by the garden wall, evolves as a spiral around the structure supporting the roof. This structure also acts as principal node for the fireplace, the spiral staircase, the projections of the bedroom floors and bathrooms and the small attic space.

The skylights, positioned between the concrete ribs of the principal vertical structure, illuminate the spaces below with a soft zenithal light. The perimeter wall is articulated with a system for draining and collecting rainwater.

The building appears as a single unit curled around itself like a snail shell.